“Excellence is not an art. It is the habit of practice”. Aristotle

Is there anything more painful to hear than a prep kid playing the recorder? I thought so until my son took up the violin aged 6. He was entranced by videos of orchestras and determined to be on the stage one day. So I listened through hours of excruciating scales, exam pieces and exercises on his little 1/8th sized violin.  It was a long time until a discernible tune emerged, but I admired his persistence when he finally managed a recognisable version of Waltzing Matilda.

Usain Bolt may have made his name in races that last no more than 20 seconds, but he trains 11 months of the year, six days a week. He works on every aspect of his strength, speed, technique and performance to make himself a world-beater.

Practice is one of the key ingredients to success in prospecting for corporate partnerships. How can you raise your game to champion standard?

When you do something regularly, you get better at it. When I gave birth to my first child, the nurse handed me the baby and told me to breastfeed. Those first few times I was clumsy, awkward and embarrassingly inept. But the act of having to do it eight times a day, 24/7 for a newborn meant that I got better pretty quickly.

How often do you schedule prospecting into your weekly routine? It’s easy when you’re working on account management with other partners to let it slide or fit it into the spare moments in a week. But do you ever find those spare moments?  You need to be intentional and schedule prospecting into your days and weeks. The more you do it, the less of a hurdle it will seem and the better your skills. In her book The First Two Hours, productivity expert Donna McGeorge suggests that the beginning of the day is the best time to work on things that require mental effort. Can you make it part of your morning routine to make a few calls or approaches to new corporate partners?

The act of setting goals helps you focus and sustain momentum. It also guides your behaviours and priorities. Goals enable you to measure your progress and identify areas for improvement. It’s easy to say, ‘I’m going to get fit’ and then nothing happens for months. But setting a goal of ‘I will run 5km in under 25mins by Christmas’ gives you clarity and focus.

Do you have a personal dashboard for prospecting? Do you measure the number of calls/ emails, responses and proposals? Start with something achievable like a certain number of approaches per week. Then you can analyse where you’re succeeding or where you’re hitting hurdles. Are you making approaches but they’re not progressing to proposals? Are you sending a lot of proposals but not converting to a ‘yes’? Usain Bolt used to break down his running into specific areas and set improvement goals. For example, gain a second in his speed and technique off the starting blocks. Measurable goals will help you find your strengths and weaknesses and be intentional about addressing them.

Just showing up and putting in effort trumps your competitor who isn’t working hard enough or systematically. Effort teaches us that we can do more than we expected. Consistent effort ensures that we learn new skills along the way. When my son started with his violin, he couldn’t read music and had no sense of rhythm. Making the effort to play, week after week, helped him build his musical knowledge, learn the intricacies of music and build his dexterity. When we put in effort we learn. It doesn’t always yield the results we want, but we adapt and develop through making the effort itself.

I’ve read that it takes 10,000 hours of practice to become an expert. You may not need to commit that much time, but the combination of practice, goals and effort could transform your prospecting for corporate partners. 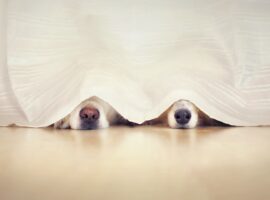 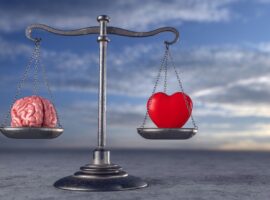 Balancing the head and heart in partnerships 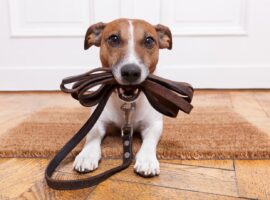