Rejection or opportunity? What to do with a ‘no’.

Outside my local shopping centre there was a young man begging. I’d always stop to chat to him and pat his little dog. Benjamin had a tough story of homelessness, poor mental health and abuse that’s led him to living on the street. He’d been looking for enough money to get him a bed for the night and I met him when he asked me for some spare change. As I stopped to chat recently, an elderly woman passed by. She aggressively heckled this young man, told him to stop begging, get a job and get out of the way. I was stunned that anyone could be so cold-hearted as to harass a homeless kid. But it made me realise the courage it took for Benjamin to sit there every day asking complete strangers to part with money.

Rejection is an unavoidable part of doing business. When you’re working on new corporate partnerships you’re bound to encounter a lot of no’s. It’s unlikely that a no from your prospect will lead to you sleeping on the street for a night, but it’s still hard to receive. How do you deal with a no and turn it into an opportunity?

It’s natural that our first instinct is to run away from a no. Fear of rejection and that deflated feeling after a no is something that most people want to avoid. But don’t run, negotiate. Stay engaged and look for an opportunity to explain, clarify or reposition your partnership proposal. I was working on a large corporate prospect in the mining industry and asking for a big contribution to an emergency relief program. Initially it was a no, but when I outlined how many of his competitors had made a similar donation it turned into a yes. He just needed to know that it was a critical area worth investing in. Plus, he didn’t want to be seen as the only one in the sector not contributing.

The magic word is ‘why?’

Be curious. The best thing you can do after a no is to ask ‘why?’. Don’t presume the reason for the no. Ask for feedback wherever possible. I spent some months nurturing a banking partner, only to hit a brick wall of no. Behind the scenes they were restructuring a major department and the leaders who were enthusiastic about my proposal were unsure if they still had jobs left. If I hadn’t asked the ‘why’ question, I would have given up on the organisation completely. In the end, it opened up new opportunities once the restructure had been implemented.

When you’re working in a non-profit, your personal values are often entwined with the cause. You may even have lived experience of the issues you’re dealing with, from health to homelessness or personal loss. It can feel like a no from a corporate partner is a personal rejection. But it’s better to reframe it and think about how you’re simply helping the corporate partner make a decision. Then you can hold the decision lightly and keep moving.

Persistence is key after rejection. You may not continue with that particular corporate prospect, but you need to keep going with other opportunities. James Dyson, the entrepreneur, created 5,127 prototypes of the bagless vacuum cleaner before he finally got it right. JK Rowling was rejected by 12 publishers before one finally bought her story about a boy wizard and his friends. The best achievers encountered rejection and embraced it as ammunition for future success.

The story about my homeless friend did have a happy ending. After many months on the street Benjamin finally got allocated some permanent housing. The courage to make the ask bought him enough money for nights in a temporary hostel, but persistence got him on the path to a better future. Don’t let rejection or the critics hold you back from brighter partnership opportunities. 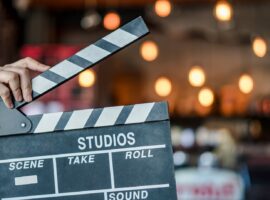 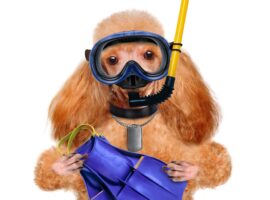 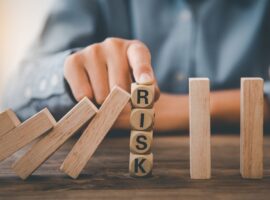