Many of you know me from before my Stellar Partnerships life and I’m sure you associate me with running. I ran all the time – almost every day. Starting Stellar also coincided with me becoming a Mum and I’ve pretty much written off running in the last few years. I couldn’t find the time, I didn’t have the energy, I didn’t enjoy it anymore – you name it, I had the excuse for not getting out there to run.

Once lockdown was over, I started getting out there again. Very slowly! I was doing 5k’s in the same time it used to take me to run 8k’s. Well, I’ve just realised that prospecting and running are pretty similar. Do you feel about prospecting how I felt about getting back out there and running? Here’s a few thoughts to help you get over this mental hurdle.

It will be slow and hard to begin with

When I started running I went with no equipment. No phone, no music, no Garmin – it was just me and my feet. I felt like my legs were lead and the slightest hill had me saying oh crap I can’t do this, I don’t want to do this and feeling like I was going to die. More often than not I’d end up walking up a hill. I didn’t even think about my running technique. I just kept going for a run. Thankfully I kept at it and I noticed a difference. My legs changed from feeling like lead to feeling springy. Now I’m beginning to focus more on my running technique – kicking my feet out front to pick up my speed.

I’d love for you to adapt the same mentality with prospecting. Stick at it. To begin with it will feel clunky. You’ll probably have a slight level of fear and the first few knock backs will slow you down. Stick at it though. It will become more comfortable, you’ll start seeing small successes such as getting meetings (yay!) and you can start refining your technique. You’ll work out what does and doesn’t work for you.

I’ve just done a challenge with friends who I originally walked to Everest basecamp with. This time it’s been a virtual walk. It goes along the same route with each of us logging our distance when we get out and run. It’s only 64k’s. My friends thought that I’d have it completed in a couple of weeks based on their memories of my former running self. I came last by a long way.

It did help me get over the excuses in my head about running though. The competition really helped. Seeing where friends were on the virtual track and the total number of k’s I’d logged got me running more days than not. Being consistent will help with all aspects of your prospecting. Also, mentally you won’t be disappointed because you aren’t relying on just one conversation to get the results you want. You’ll get loads of knockbacks but you won’t care so much because there will be loads of more opportunities in your pipeline. How many new connections are you aiming for at the moment? How many meetings? Can you dedicate time every day or week to just focus on making new connections? If you stick to these daily or weekly goals then I promise you that you will see the difference and you’ll soon be having lots of interesting conversations.

The impact of your prospecting is accumulative

All those slow hard runs (actually I should have called them jogs) are starting to pay off. This morning I saw a guy jogging in front of me and my competitive side said ‘you must overtake’. Admittedly I was going downhill and he was running on the flat stretch of road but I smashed him (and then almost collapsed). This was only because my fitness has improved. At first I didn’t notice it but today was proof of that to me. You won’t be super successful to begin with as you’ll be learning what works for you. Your technique at making connections will improve, as will the questions you ask in meetings. It takes a little time. Just like any couch to 5k running program your progress builds gradually. You’ll get better and better at it. You’ll get better at securing meetings and you’ll get better at making those meetings count. When you start seeing the results you’ll be amazed at how far you’ve come and how your success in partnerships begins to snowball. It just gets bigger and bigger the more you do. You have to start somewhere though if you’re going to be successful.

If you’re stuck on getting started we can help with that. We have a course Partnership Acquisition Skills that teaches you how to get the meeting, what kinds of questions you should be asking right through to winning the partnerships. We’ve had inexperienced partnership managers complete it as well as those who want to brush up their skills because they want to add new partners to their portfolio.

So just like running – you aren’t going to see the results straight away and it will probably be hard to begin with. Just like the saying in running goes ‘you’re fitter than anyone who’s still sitting on the couch’. Stick with it and you’ll start seeing the results. It will be worth it. 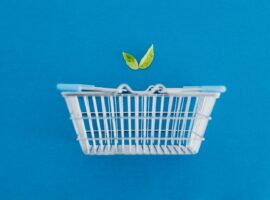 5 things to make a submission stand out 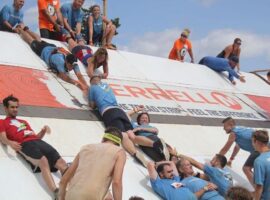 Overcoming the hurdles of a federated model